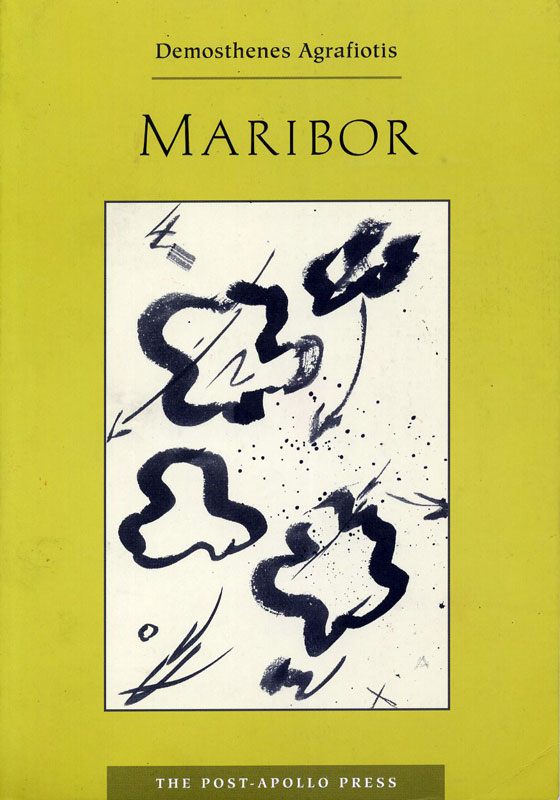 REPORT ON THE JURY DECISION-JUSTIFICATION

Poet and artist Demosthenes Agrafiotis refers to travel as the focus of his work—travel as laboratory of ideas and experiences, travel as metaphor, emotional-intellectual adventure, and crucible for the unexpected. Maribor (the name of Slovenia’s second largest city) is a work was created from his travels to Hesperia (Western Europe) in the 1980s. It is a book of impressions and expressions, reflecting on the elusive identity of Europe as a geographic place, a social and ethnic mystery, and an historical problem. “Café Stendahl / half expectation / half language / half acquaintance” Translators John and Angelos Sakkis take the reader on this journey, using italics for all words that appear in languages other than Greek, realizing in English Agrafiotis’s movement through time, place, and culture: “like myth making / like stereotypes / like the restaurant menu / like service non stop / service et TVA compris.” Each turn of the page brings a new mystery, a new twist, a new opportunity for contemplation, perhaps a photograph or a graphic symbol. Maribor gives us both the raw data of media, of regimes and corporations and the dream design for an “alphabet of the future.”

Read more on the book.